Let’s test your knowledge. According to Lytx® data, which of these was the riskiest road in America in 2017?

The top five riskiest U.S. roads in 2017 from our analysis were: 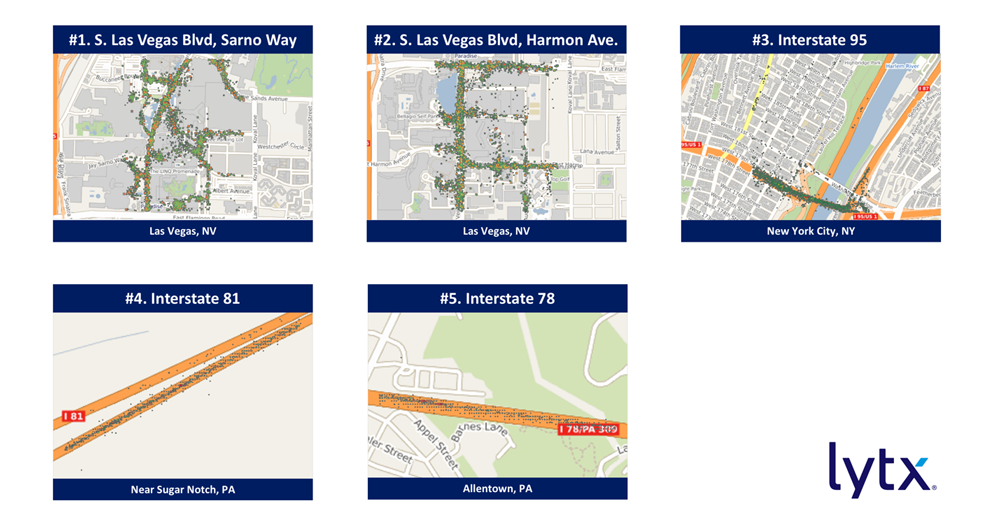 Each dot in the images above represents a risky event. Being data nerds, we couldn’t help but dive into the numbers in search of insights. We learned two interesting, and possibly useful, things when it comes to route optimization and fleet management. 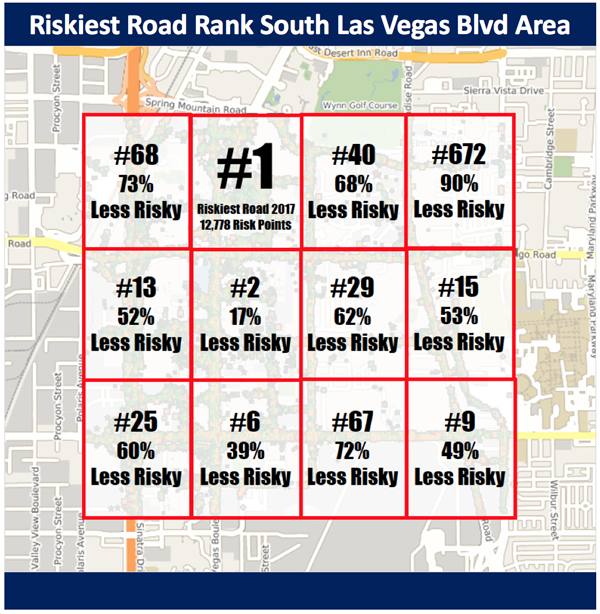 The first is that within a mile east of the riskiest road in America was a section of roads that was 90 percent less risky, ranking No. 672 on the list. This indicates that risk data, examined in this way, can be used to reroute vehicles and manage route risk. In this case, rerouting away from South Las Vegas Boulevard and Sarno Way one mile to the east would reduce risk by 90 percent. Looking at the risk map, one theoretically could draw a vertical path on either side of South Las Vegas Boulevard that would be significantly less risky.

The second piece of insight occurred when we looked into why Interstate 81 near Sugar Notch, Pa., appeared on the list. Our data analysts dug deeper and found that the freeway had been undergoing construction and repairs last year that periodically reduced the already congested road to one lane in each direction. While not indicative of causation, it does provide us a clue for how the combination of high vehicle volume and construction might elevate risk. It also suggests that route optimization might take into account construction schedules when managing risk, as well as arrival times.

While not the only consideration, risk and the factors that contribute to it, can be a valuable input for decisions related to route optimization and overall fleet management.

Would your organization like to get ahead of risk? Learn how the Lytx DriveCam® safety program can help.