The backbone of Ryder’s drowsy driving program is its “Captain of the Ship” policy.

“It mandates that a driver shouldn’t work if the work is unsafe for any reason—and that includes fatigue,” said Ryder Director of Safety Standards Bob Prim. “We understand that a driver can feel fine at the beginning of a shift and then start to feel fatigued. When that happens, we want our drivers to pull over in a safe place, communicate to us that they’re doing that, and take the rest they need without fear of repercussion.”

Ryder purposefully avoids reprimanding drivers for fatigue-related incidents, opting instead to understand why the event happened and prevent it from happening again. To help prevent a drowsy driving event from occurring, Ryder encourages drivers to take 15- to 25-minute power naps when they feel sleepy. 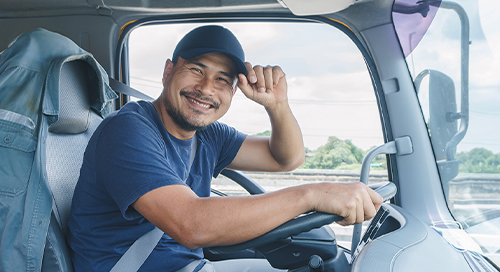 But not all drivers do pull over when they feel fatigued. According to Lytx® data, a fatigued driver can be three times as likely to have a collision as one who’s not fatigued. Fortunately, Ryder uses Lytx to identify fatigued drivers and coach them on fatigue management. The program empowers Ryder to address driver fatigue head on.

When the DriveCam® event recorder captures an unsafe, fatigue-related behavior such as nodding off at the wheel, the driver goes through the Ryder fatigue review process. The process looks at how the driver started their shift and whether or not they took their 30-minute break. It also looks at their sleeping patterns, their stress level, and if they have a health condition that could be impacting their sleep.

“We don’t always have drivers come to us when they feel fatigued,” Prim said. “But through the [driver] safety program, we have the opportunity to see what happened in a driver fatigue situation and to coach our drivers to be more aware of how they’re feeling so it doesn’t happen again.”

So far, all the drivers who have been coached on fatigue through the Driver Safety Program haven’t had to be coached on it again.

“It’s always new people who are having fatigue events, and we’re constantly working with them to make sure they have the support they need,” Prim said.

“At Ryder, drivers can mention feeling fatigued without fear of reprimand," McKown said. "Consequently, drivers are more willing to admit to a manager that they didn’t get much sleep last night and in turn, the managers provide fatigue management tools.” The drivers feel the companys support and become part of the solution regarding their own fatigue management.

“It has had a positive impact across the fleet,” she said. “It’s simply saying, ‘When you become fatigued, here are the tools you can use.’” 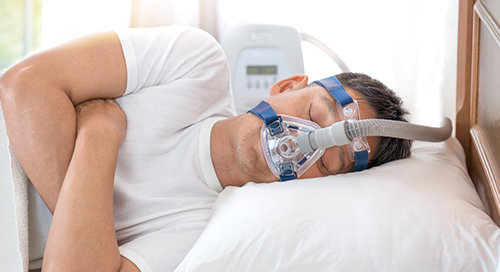 Ryder isn’t stopping at driver fatigue, either. The organization also partners with sleep experts and health care providers on sleep studies for its drivers, providing sleep apnea diagnosis and treatment at no cost to drivers. When a driver is suspected of having sleep apnea, Ryder sends the driver for a medical exam.

“If the doctor says they’re concerned about sleep apnea, we’ll do a sleep study and provide treatment,” Prim said.  If treatment requires the driver to have a continuous positive airway pressure (CPAP) machine to help them sleep, Ryder pays for it by working with a third party to offset the cost.

According to Prim, Ryder’s driver fatigue initiatives became more targeted with advancements in safety technology. The Driver Safety Program “is the final piece of the puzzle for us in the battle against driver fatigue,” Prim said. “A driver may start a trip and feel great, but you can’t predict how his or her condition will change. The key is that you have tools in place to address those changes, and with the [driver safety] program, we do.”