There’s a reason that Monday isn’t a day off in professional football – that’s when so-called “Film Sessions” begin, starting with the previous day’s game. Team analysts review plays, and players work with their coaches to identify and review mental errors and flaws in their technique. As one NFL analyst calls it, coaching tapes are “truth serum” that turn “great athletes into champions.”

Turning good drivers into great drivers is no different, and a big factor in that is getting to those “film sessions” – reviewing clips with drivers – in a timely manner.

Every day, the team at the Lytx® review center analyzes and scores about 110,000 video clips of driving events. Coachable events – including praise-worthy events – are delivered overnight and are ready the next day for review with drivers. You might ask, what’s the rush? Simple. Timely coaching is often more effective coaching.

Consult any management book and it’ll tell you the three essentials to effective employee feedback:

With the DriveCam® program, the first two of those are covered. Video clips and related insights allow coaches to target the feedback to the right driver, and deliver specifics about what the driver could do differently next time to avoid another event.

But the third – the timely delivery of feedback – is up to the coach. Lytx data reveals that even a brief fleet coaching session delivered soon after an event can produce positive outcomes.

Coaching effectiveness scores – the score attributed to whether coached behaviors are repeated in the 60 days following an event – often go up in relation to how consistently events are coached within a reasonable time frame. That means the timelier and more reliable a coach is in his or her delivery of effective feedback, the more likely the driver will not repeat the behavior.

“So much happens to a driver in any given week that it’s difficult to remember a situation with clarity,” said Lytx Vice President of Safety Services Del Lisk. “Coaching when the memory is still fresh will help the driver connect the behavior shown in the video to what else was happening on that day.”

Lisk has heard so many stories of drivers who may have been distracted by something else going on in their lives, or by other events leading up to the behavior shown in the video.

“Getting to the root of the behavior may mean more than just looking at the video – it may also mean having a discussion about what’s happening with the driver outside the vehicle,” said Lisk.

Waiting to deliver coaching can also send the wrong signal to the driver.

“From the coach’s perspective, delaying tough-to-deliver feedback makes it even harder,” Lisk said. “Putting it off may convey to the driver that it’s not important or that the coach is uncomfortable addressing the issue. Drivers, on the other hand, may see the delay as a signal that what’s being coached isn’t important.” (For more information on coaching in difficult situations, read the blog post A Practical Guide to Difficult Conversations.)

The ideal coaching session is brief, collaborative and to the point; doesn’t place blame; gives clear counsel on the behavior that needs to change; and ends on a positive note.

In addition to timely coaching, the best resources a coach can bring into a session with a driver are an open mind and a willingness to listen, according to Lisk. “Like most people, drivers want to deal with a situation and move on, with an opportunity to show others they can do their best.”

You can find additional useful content about the benefits of timely coaching on the Lytx blog, Driving Perspective. 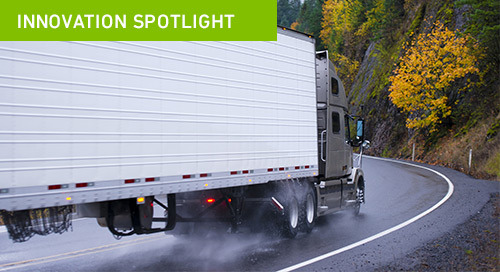 Sometimes, all the technology in the world just isn't enough to prevent collisions. 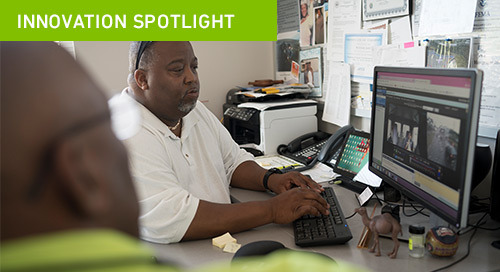