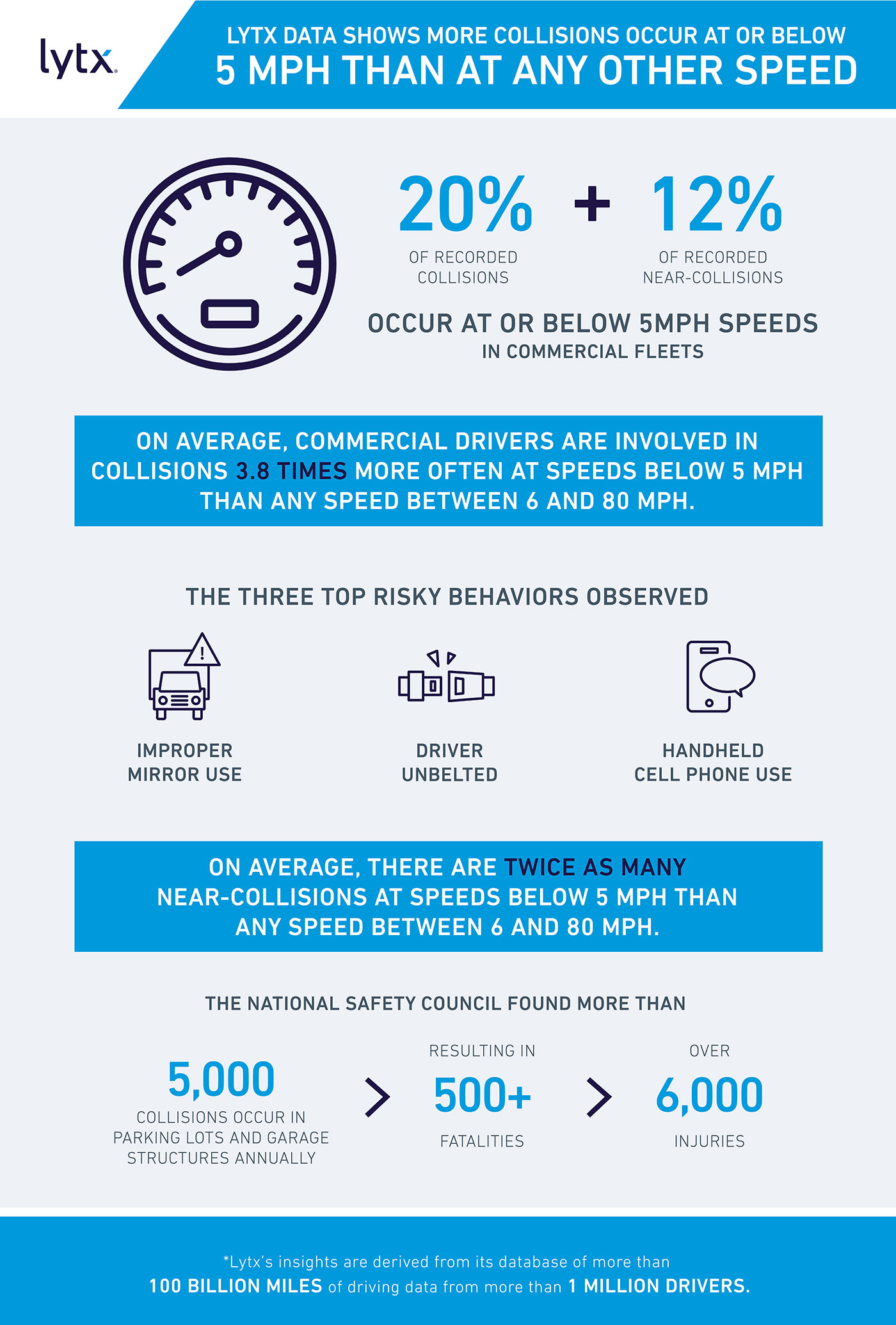 You might think that driving below 5MPH means you're in the clear for collisions, but that's actually not the case. A recent analysis of Lytx client data revealed that more collisions occurred at or below 5 miles per hour compared to any other speed.

These findings align with figures from the National Safety Council indicating more than 50,000 collisions occur in parking lots and garage structures annually — resulting in 500 or more fatalities and over 60,000 injuries.