Truck drivers face a particularly acute risk for obesity (and its associated health risks) because of the sedentary nature of their jobs. That risk is compounded by poor access to healthy food and convenient places to exercise, particularly for long-haul drivers who are on the road for hours on end.

In a survey of more than 88,200 drivers who underwent the Commercial Driver Medical Exam (CDME) in 2012, an astonishing 84 percent were considered overweight, obese or morbidly obese.[1] One in four drivers were found to be morbidly obese, a condition that makes one more at risk for diabetes, high blood pressure, sleep apnea, heart disease, and strokes. 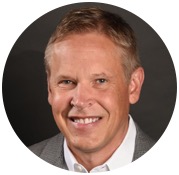 What’s more, the health of these commercial truck drivers appeared to be deteriorating over time, Rich Hanowski, Senior Research Scientist and Director of the Center for Truck and Bus Safety at the Virginia Tech Transportation Institute, said during his presentation at the 2018 Lytx User Group Conference in San Diego. When the study’s authors looked back through seven years’ of data, they found drivers with health conditions such as sleep apnea, diabetes, and high blood pressure had been steadily rising since 2005.

And compared to the average American, truck drivers are in even worse shape. When compared to a study of 11,918 working adults by the National Health and Nutrition Examination Survey, truck drivers had significantly worsening health metrics between 2005-2012. Those metrics included obesity, morbid obesity, blood pressure, diabetes mellitus, heart disease, and sleep disorders. 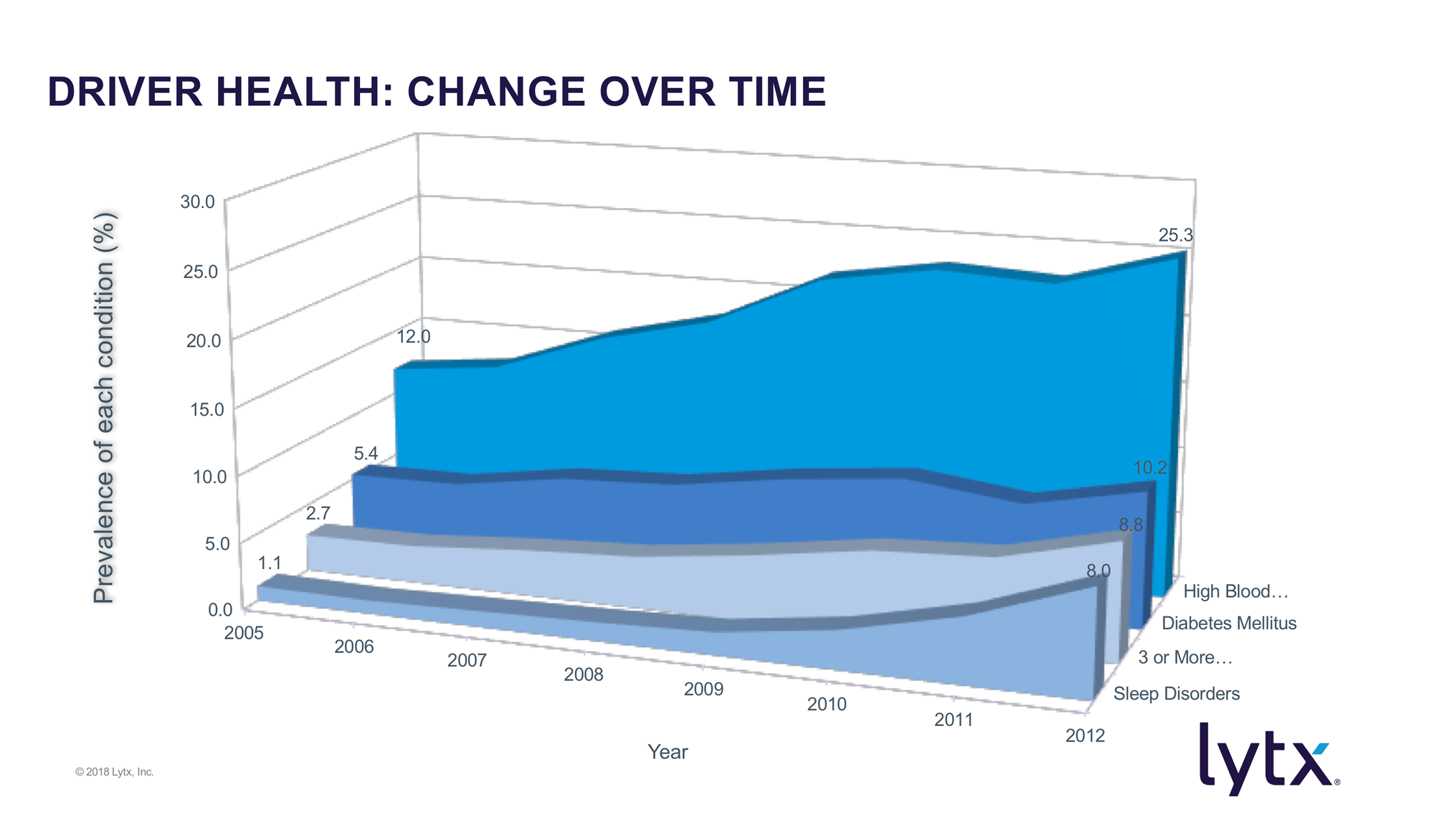 Why are these statistics significant? Because commercial truck drivers with three or more medical conditions double to quadruple their chances for being in a collision compared to healthier drivers, according to study from the University of Utah School of Medicine.

“Findings from these … studies indicate an opportunity for intervention,” Hanowski said during his panel, “The Intersection Between Driver Health and Corporate Wellbeing.”

There are a number of ways to improve driver health. What’s challenging, however, are the many challenges drivers face that the general population does not. These include long stretches spent on the road, a lack of consistent access to exercise equipment, and limited access to healthy dining options on the road.

But being on the road doesn’t need to be detrimental to drivers’ health.

Sedentary behavior – like sitting behind the wheel all day – has been linked to increased mortality. But walking just 10 to 15 minutes a day can help cardiovascular health,  according to a recent study from Louisiana State University. Drivers can be encouraged to sneak in a short walk during their refueling breaks, for example.

And exercising doesn’t have to mean getting a gym membership or spending hours training. Highly focused workout routines, with minimal (or no) equipment, can be accomplished anywhere and in a short amount of time. A good pair of running shoes means a quick jog is always an option. Even cycling is a possibility with a folding bike that can be stowed in the sleeping compartment (and moved to the cab when it’s time to go to bed).

Truck stop fare often means fatty, fried food; drive down the road a little farther and a trucker will find many supermarkets have enough parking to accommodate big rigs. A trucker might need to park farther away than other shoppers --  but that brings an exercise bonus of a walk to the store.

Healthful and trucker-convenient grocery choices include pre-cut and washed fruits and vegetables, dried fruit and nuts. And keeping a small portable grill stashed in the rig opens up dinnertime possibilities of cooking up fresh, lean protein such as chicken breasts and fish.

If you’re looking for more inspiration on driver wellness programs, check out the other articles in this newsletter, which have details on driver health initiatives from Ryder System Inc. and Hirschbach Motor Lines.