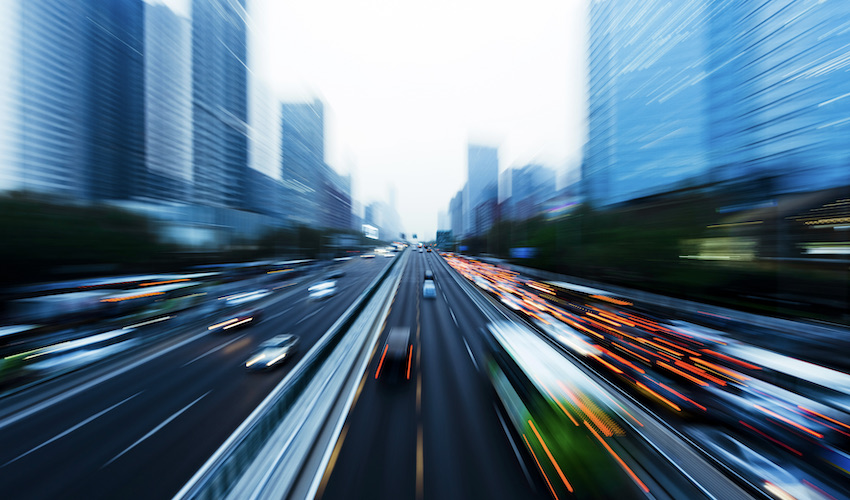 Make sure your driver's know these common U.S. speed limits

Let’s face it, roadways can be very dangerous - they're a high-speed experiment in trust. Luckily, there are laws and regulations in place that help keep some semblance of order, the most important of which is speed limits.

The first U.S. speed limits were enacted over a century ago in 1901 by Connecticut, with a whopping 12 mph limit in cities and 15 mph for rural roads. Although first enacted in the early days of the 20th century, speed limits didn’t gain more widespread adoption until the 1970s.

Out of concern for rising fuel prices, President Nixon enacted the first national speed limit of 55 mph in 1974. In the 1980s, it was raised to 65 mph. Then, in 1995, the federal government handed the power to set speed limit laws back over to individual states.

Why speed limits are important

Things have changed drastically since those early days, but the same underlying principle still applies—the need to limit vehicle speed for the safety of ourselves and others on the road. Not only are speed limits necessary for personal travel, but especially important for commercial drivers who spend a much higher proportion of their time on our roadways.

This guide will outline everything you need to know about current U.S. speed limits as well as any special speed limits for commercial vehicles.

With states now setting their own speed limits, there is a rather wide range, anywhere from 55 to 85 mph for freeways. Check out this chart put out by the Insurance Institute for Highway Safety for specific speed limits by state and road type.

Commercial speed limits can vary greatly from state to state, necessitating that every commercial driver educate themselves, especially if they frequently cross state lines. Any states not listed have the same speed limits for commercial and non-commercial vehicles.

There is no question, speed limits are invaluable in keeping drivers safer on the road. But they are limited by blind faith in other drivers to abide by them. Anyone that gets behind the wheel of a vehicle must make the conscious effort to not only adhere to speed limits, but to practice safe driving habits on the road.

For commercial drivers, who make their living on the road, it is paramount that they learn safe driving practices along with following all state, federal, and regulatory laws. Fortunately, there are tools to help them fine-tune their skills and correct risky driving habits for improved performance over time.

Protect your fleet against traffic violations with Lytx

Our fleet safety solution using smart fleet dash cams is a powerful mechanism for change, providing the infrastructure and platform needed to facilitate safer driving behaviors. Commercial drivers can self-correct risky driving in the moment with real-time alerts†, and individual events can be tagged for safety manager review and intervention through streamlined coaching workflows.

Contact us or book a demo to learn more about our comprehensive fleet safety program.