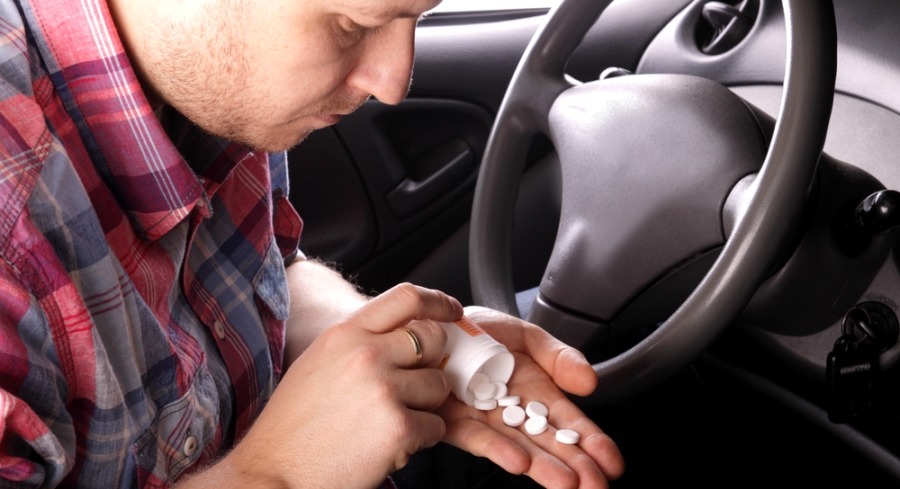 The holiday season is upon us, and that means “it’s the most wonderful time of the year” (Andy Williams, 1963, for the record). But when it comes to road safety, one retired Pennsylvania police officer is singing a very different tune.

“It’s the worst time of year for impaired driving,” said Phil Moser, now vice president of the fleet safety service Advanced Driver Training Services. “Professional and college football is on TV, and people are going to holiday parties. It means more impaired drivers are getting behind the wheel this time of year.”

And Moser isn’t just talking about booze. With a documented rise in the use of pain medication and growing use of marijuana nationwide (it’s now legal in medical or recreational forms in 28 states), drug use at the wheel is climbing. Propelling this trend, said Moser, are the recent legalization of marijuana in Washington, Colorado, and Oregon and a drastic rise in opioid prescriptions that has facilitated an epidemic of painkiller abuse nationwide.

Since retail sales of recreational marijuana began in the three western states, collision claim frequencies there are about 3 percent higher overall than they likely would have been without legalization, according to a 2017 Highway Loss Data Institute analysis.

In Colorado alone, marijuana-related traffic deaths increased by 48 percent in the three years since Colorado voted to legalize recreational marijuana (2013-2016), compared to the three years before legalization (2010-2012).

In Washington state, fatality rates as a result of marijuana impairment more than doubled, from 8 percent to 17 percent after marijuana was legalized there in 2014.

And with heroin, an opioid, being a “drive-to drug”—meaning people drive to it, use it, then drive home—the epidemic has put more impaired drivers on U.S. roads, Moser said.

So, what can commercial drivers do to defend themselves from this real and growing risk? Here’s Moser’s advice on how your drivers can identify impaired behavior at the wheel—and stay out of harm’s way:

Sign of impaired behavior: A driver is consistently weaving within their lane or demonstrating erratic fluctuations in speed.

What to do: Keep the impaired driver out in front, Moser said. “They could swerve into you if you pass them. Also, once you pass them, they could hit you from behind. So keep them in front of you.”

Sign of impaired behavior: Someone is tailgating your driver at night. “That could mean they’re using your driver’s taillights as a guide,” Moser said.

What to do: Drivers can make a right turn to shake off the tailgater or get off the highway for a few minutes.

Sign of impaired behavior: A car coming toward your driver has high beams on. “That’s a classic sign of an impaired driver,” Moser said.

What to do: Don’t shine high beams back, Moser said, but keep the driver in your peripheral vision to reduce glare until they pass by.

Sign of impaired behavior: Failure to take off at a green light

What to do: This is caused by a delayed reaction associated with impairment, Moser said. “As with the swerving driver, keep these drivers in front of you,” he said. “If they’re on a side street, keep your eye on them in case they swerve into your path of travel.”

Sign of impaired behavior: Failure to turn on headlights

What to do: “Some drivers do this because the auto-switch for their headlights is not working, but do not assume this,” Moser said. “If a driver is headed toward you with no lights on, keep checking on them to make sure they don’t swerve into your lane.”

When all else fails, said Moser, whose father was a truck driver, commercial drivers can call police—but not while they’re driving.

“The bottom line is be cautious,” he said. “Especially commercial drivers, who are at greater risk for encounters with impaired drivers because they’re on the road night and day. This is the time of year when driving while impaired is more frequent. So be aware, watch for the signs, and have your fleet react properly to any driver they suspect is impaired.”